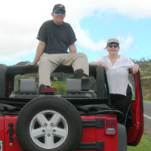 REV. ANA JONES is a nationally known Interfaith Minister, Reiki Master-Teacher, and life-long Clairvoyant Medium who has been developing her expertise in the fields of Holistic Energy Medicine, Intuition, and Spirituality for over 30 years. Professionally she has served as a visionary and luminary for two decades.

Thousands of clients who have had private sessions with Ana appreciate the clarity of her gifts and abilities, and have reported having deep healing, profound transformation, and awe inspiring, uplifting experiences with her.

A woman of many defined talents, Ana is also a Natural Health Consultant and gifted Medical Intuitive. She has been a regularly featured guest on talk radio shows, and has been a guest speaker and/or presenter at Borders Books, Holistic Expos, and dozens of churches, bookstores, and healing centers throughout the US. She was the feature of the DVD film ‘2012 The Sacred Union’ that was made for Hawaii Public Access television.

Rev. Jones leads regular classes and workshops on a wide range of subjects pertaining to spirituality, holistic health, and conscious living. She has led dozens of retreats, vision quests, soul journeys, and pilgrimages for individuals, couples, and groups large and small. Ana is a vocalist, and recording artist of 7 Audio-Lecture CD’s and 4 Meditation CD’s. She is the author of ‘The Teachings of Archangel Michael: A Handbook for Humanity’ and The Celestial Voice Newsletter & Blog.  She is a guest columnist for The Paradise Post newspaper and author of the Holistic Living Newsletter & Blog.

Ana Jones is the Co-Owner and Director of Questing Spirit LLC which operates Questing Spirit Retreats, The Studio ~ Center for Holistic Arts, and Hale Hamakua Guesthouse in Honokaa, HI on the Big Island of Hawaii where she resides.

When she is not on tour, Ana hosts several events, classes, retreats, and workshops throughout the year at The Studio . She is also available at The Studio for private one-on-one sessions or nationally/internationally for private phone appointments.

Phillip Jones, MA, LMHC, is a licensed psychotherapist, spiritual teacher, and rites of passage facilitator.  He is currently the senior spiritual counselor for Hospice of Hilo on Hawaii’s Big Island, and also gives lectures, leads seminars, and facilitates longer retreats with his wife to sacred sites.  Phillip is the author of ‘Light On Death’ and speaks publicly on a regular basis.

Phillip’s undergraduate studies in science and engineering led him to the fields of psychology, philosophy and religion to find complementary answers to life’s pressing questions.

Leaving a high-paying job in systems engineering at a nuclear submarine base, Phillip opted for seventeen years of spiritual study and discipline as a Hindu monk.  After experiences in India which helped him to grasp the deep wisdom of the ancient Vedic culture, he spent six years studying with teachers of many religious traditions. In the early 90’s he organized over a dozen North American Interfaith Conferences to make the universal wisdom teachings of these traditions available to the public.

Phillip began an intensive study of Carl Jung’s teachings in 1993, and later incorporated Jung’s personality insights with principles of indigenous Medicine Wheels. This developed into the Life Wheels Model which helps a person to find their ‘life purpose’ vocation and how it fits into the larger circles of family, community, business, etc.

Phillip’s work with people of all ages in successfully navigating rites of passages has led him to develop a Four Stages of Life Model which can help a person balance the physical, social,  psychological and spiritual tasks relevant to each stage.  Then the transition points between the life stages can become points for quantum growth versus points of psychic breakdown.

Ideally, using the life purpose and life stages models, a person finds their special vocational place in the community circle of life and can fluidly move through their stages of life while maintaining good worldly and spiritual connections.

Phillip’s third focus is on yoga, the ancient spiritual tradition of India.  Using the same mandala/circle/medicine wheel foundational overlay, Phillip integrates the four great yoga stages: Karma yoga (action), Jnana yoga (knowledge), Raja yoga (meditation), and Bhakti yoga (devotion) into a complete path for traveling the hero’s journey from imbalance or disintegration to integration with the self and with Spirit.

The underlying principle which ties Phillip’s work together is unity in diversity: how a person may live a spiritual/psychologically sound life in a very materialistic and diverse culture.  Honoring the individuality and the interconnectedness of each person honors the ancient wisdom of spiritual traditions as well as the particle/wave metaphor of modern quantum physics.